Thoovanam Waterfalls is situated inside Chinnar Wildlife Sanctuary in Idukki district of Kerala. It lies in Pambar river, one of the three east flowing rivers of Kerala. The 41 other rivers flow westwards. 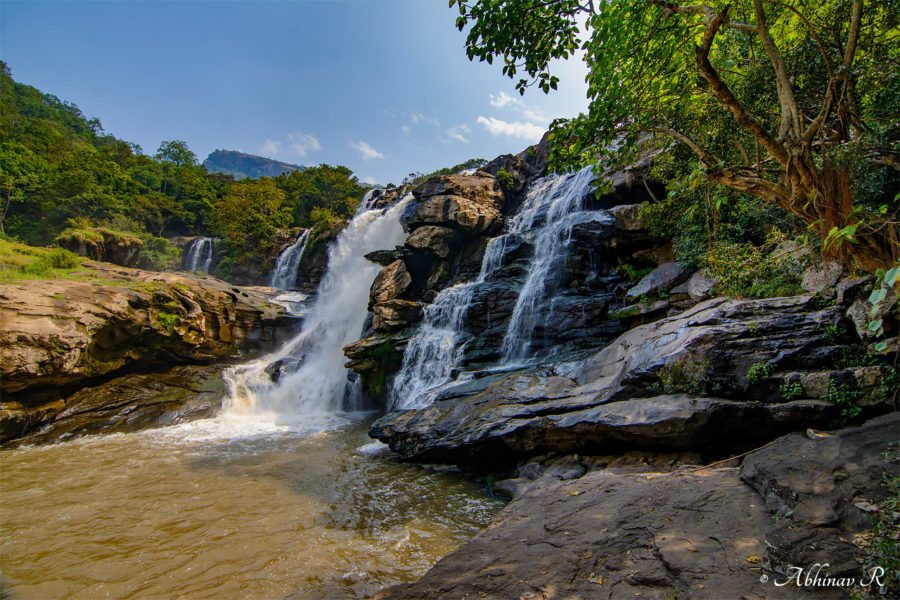 The trekking to Thoovanam waterfalls starts from Alampetty center of the sanctuary. It is 4 kilometers from Marayoor. There is an eco-shop and ticket counter there. A guide will accompany us to the falls. The waterfall is about 4 kilometers into the forest from the main road. So it is a total of 8 km trek and requires moderate levels of efforts. Also, the terrain is undulating. The path first goes down, then climbs up, again descents, like that.

See this elevation profile for a better understanding of the terrain (starting from Alampetty and ending near Thoovanam falls – measurements are approximate):

I had once done the trekking in January 2016. On the day, I also did a cultural trekking in the morning. So, by the time we headed to Thoovanam, it was already noon. Our guide was a young fellow. While walking, he told us a lot of things about his experiences in the forest. Once he had an encounter with a cobra while guiding a group to Thoovanam. Since the leaves are dry during the months like January, any movement on the ground is clearly heard. He informed that we should be back by 3 pm, to be on the safe side. So the walking was a bit fast.

By the way, we saw numerous butterflies, even at noon time. And there were birds including minivets and bulbuls. Two times we crossed the tributaries of Pambar. The water was scarce, may be because it was the dry season.

The roaring of the falls was heard from at least 1 km distance. When the falls came into sight, it was superb. All the fatigue began to diminish. The mist from the falls energized us. Spent some time by the side watching its magnificence. The return was more eventful with my first sighting of a Grizzled Squirrel (Ratufa macroura), a very rare and endemic species. Overall the to total distance (both ways) is around 6 kilometers. See more photos from the trek below.

Photos from the trek 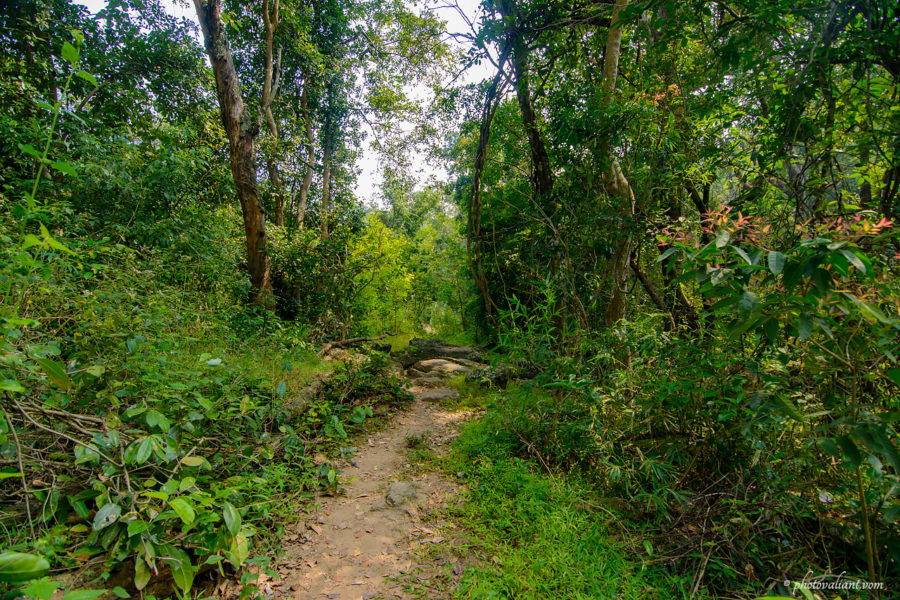 The way to the falls covered by canopy. 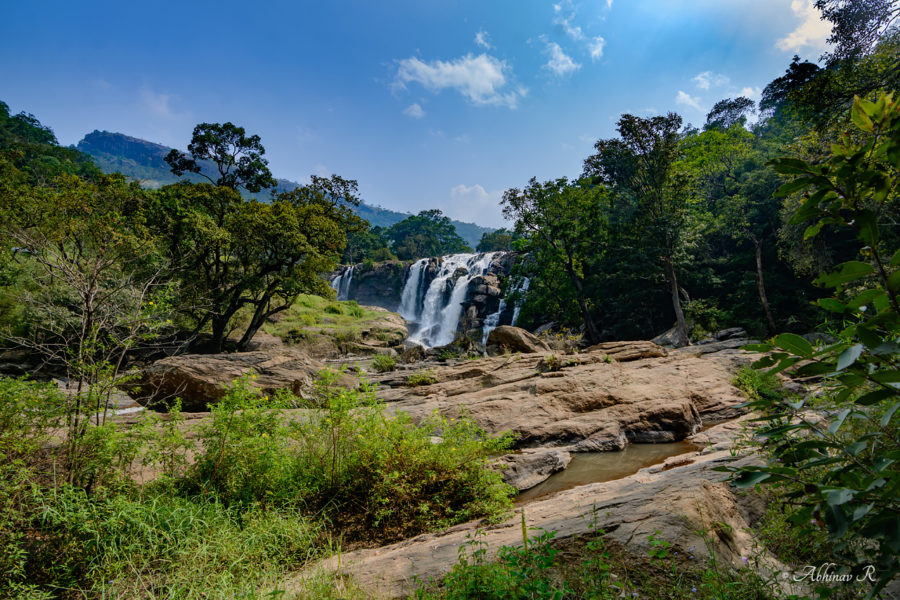 The waterfalls seen from a distance – a wide angle shot. 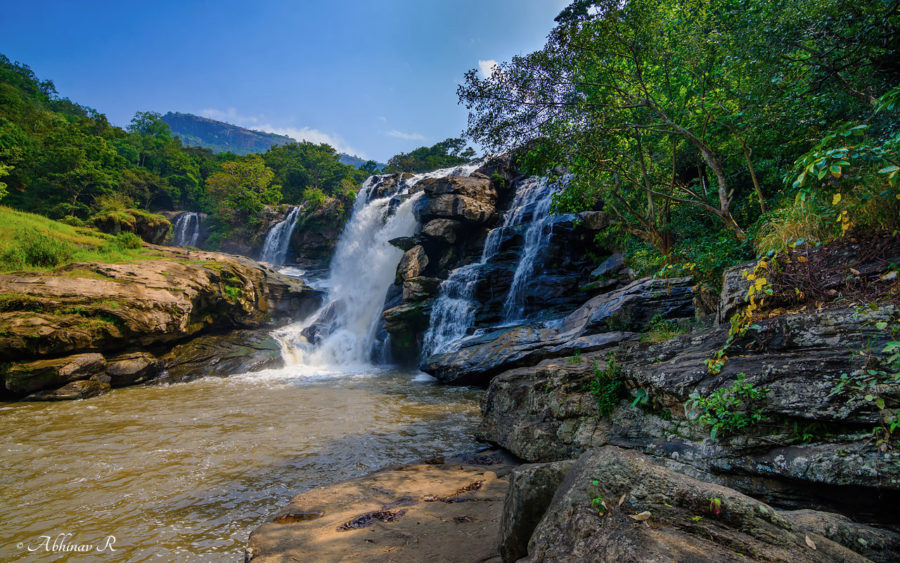 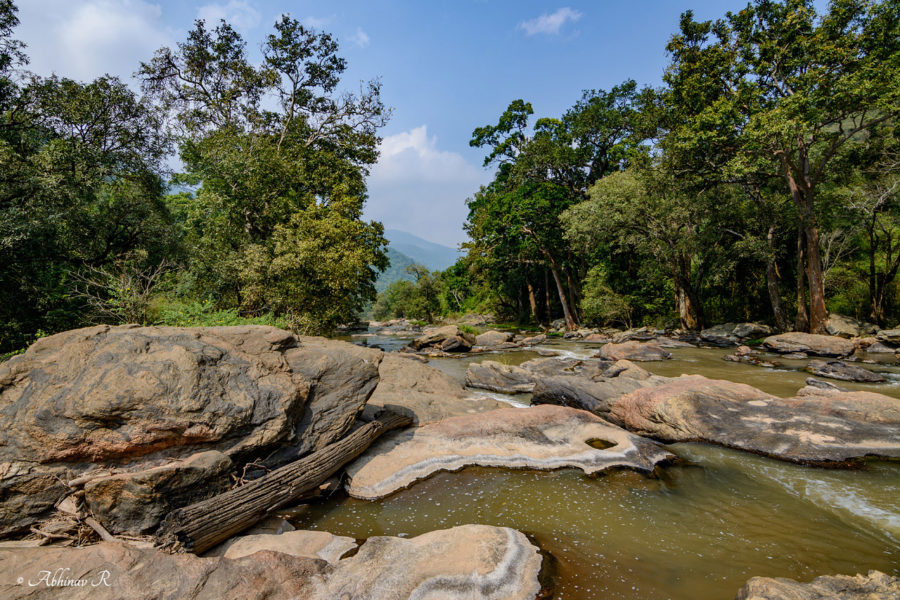 Pambar River flowing in front of the waterfalls. Thoovanam Log House is situated by the side. Visitors can stay there also. 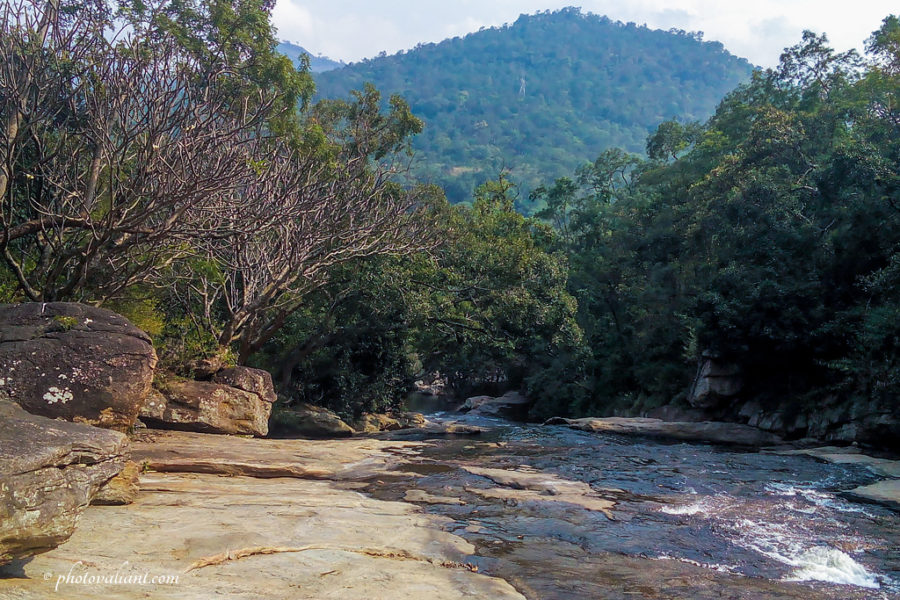 A small river on the way. 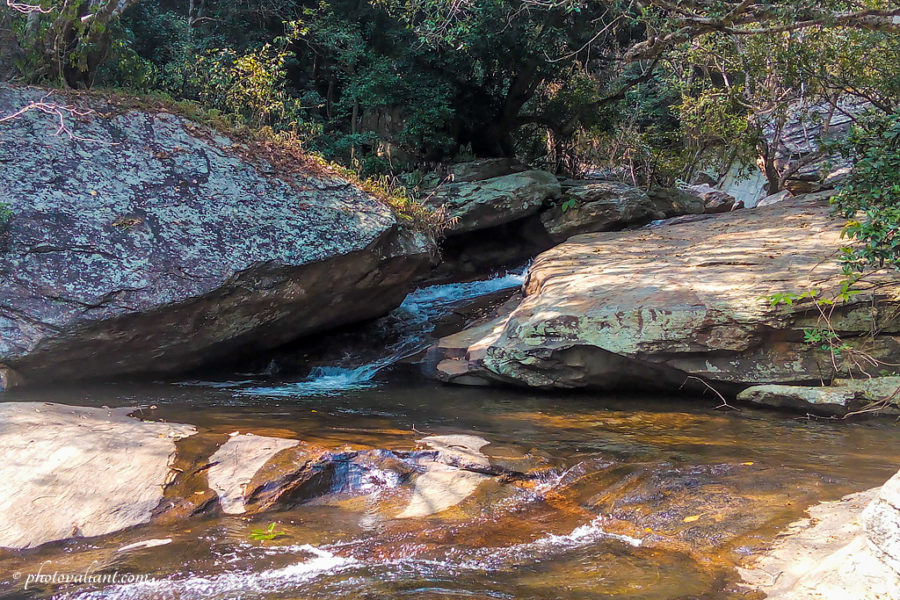 These place are home to a lot of butterflies. 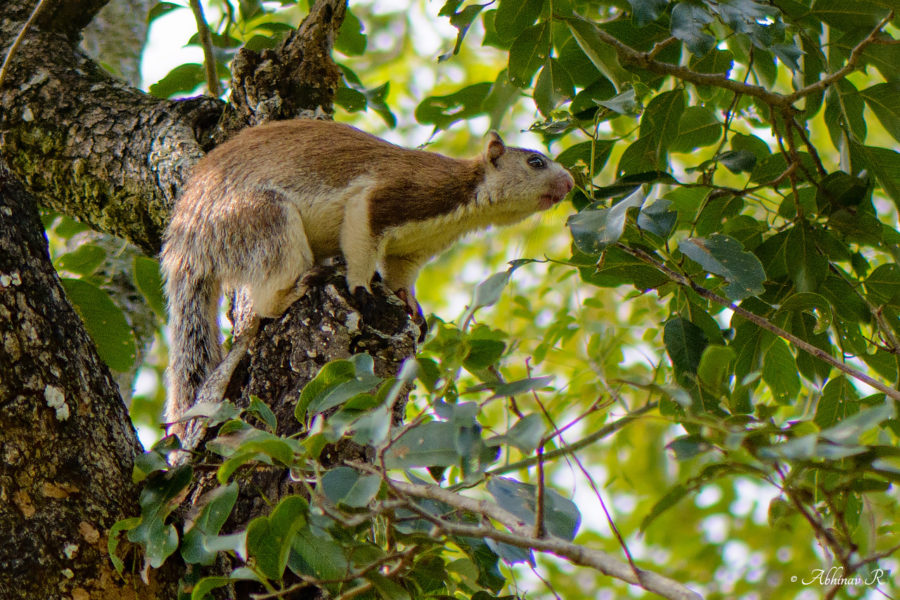 The Grizzled Giant Squirrel spotted while returning from Thoovanam.