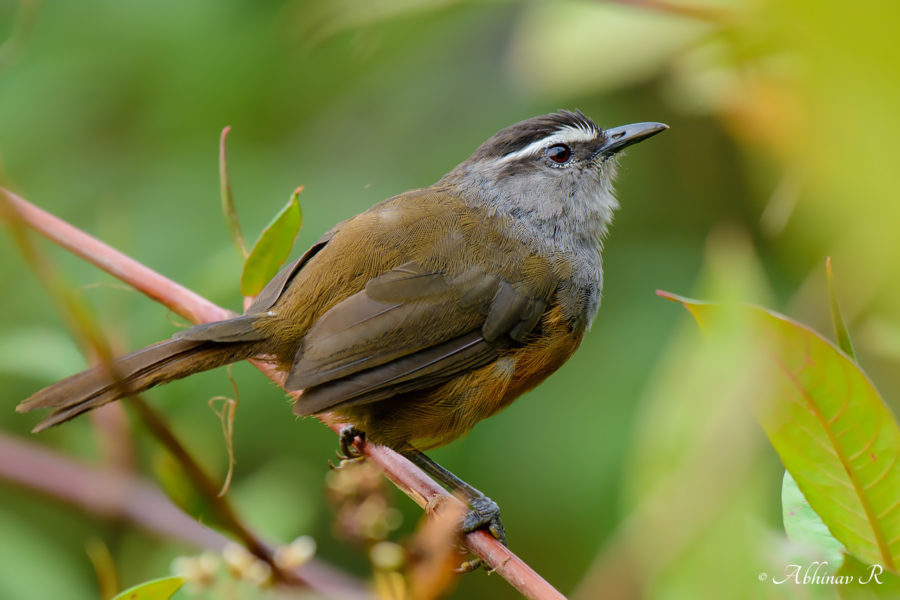 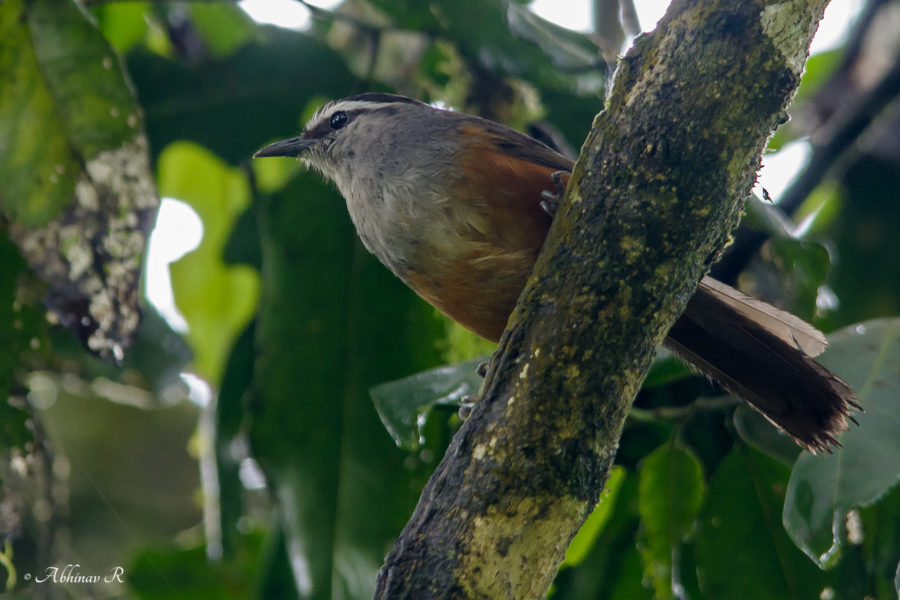 This is a bird of high altitude regions. As I have said in the opening paragraph, it is highly endemic. It is found only towards the south of Palakkad Gap in the Sahyadris or Western Ghats. Within it, there are two subspecies also – (1) Kerala Laughingtrush (Palani) – Trochalopteron fairbanki fairbanki, and (2) Kerala Laughingthrush (Travancore) – Trochalopteron fairbanki meridionale. The former, which is the nominate subspecies, is found in the high altitude regions of Munnar, Palani Hills, Anamalais and around. The latter is found more towards the south, Agasthyamalai regions.

The wings, upper regions and tail is brown in color. The neck and chest is grey. The crown region is nearly black. There is a dark eye stripe and a white supercilium which runs back of the eye towards the neck (in the nominate subspecies). The under belly region is rufous colored. The bills and eyes too are black.  All the photos given here are of the nominate subspecies.

The Travancore subspecies is comparatively paler in color. The upper regions are more grey than brown. The white supercilium is shorter. The crown region less darker.

The birds are usually found in pairs or groups, mostly found between the bushes. The flight is slow and nearer to the ground.

I had sighted a number of these birds at Pampadumshola National Park, and areas around Munnar town. It is a medium sized bird and is easily noticeable. Based on its population the bird is considered as ‘Near Threatened’ in the IUCN Red List.