Woolly-necked Stork (Ciconia episcopus) is a waterbird found in India, other parts of South and South East Asia, and Africa. This large bird, alternately known as Bishop Stork, is from the family Ciconiidae, the family of Storks. According to the IUCN, this species has a decreasing population and hence it is given the status as ‘Vulnerable’. 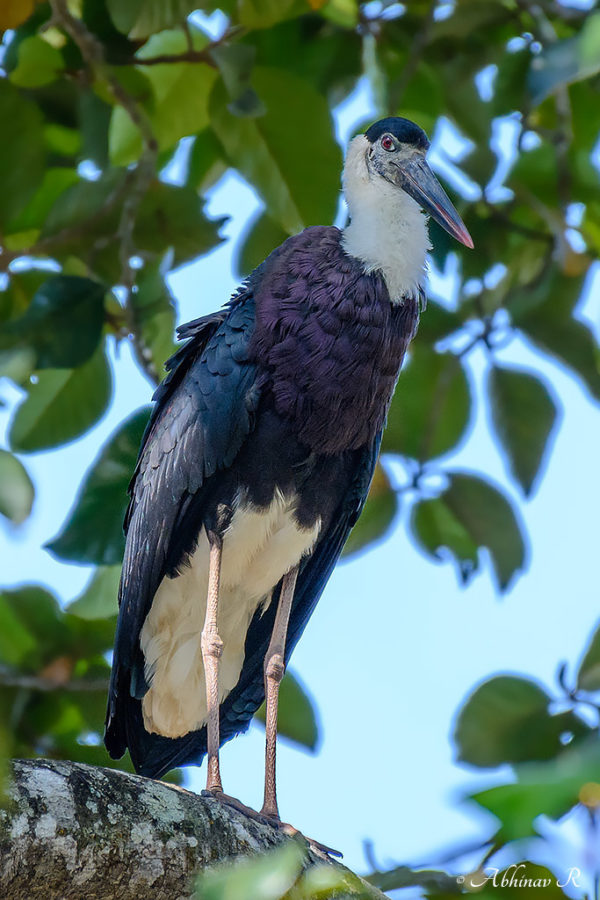 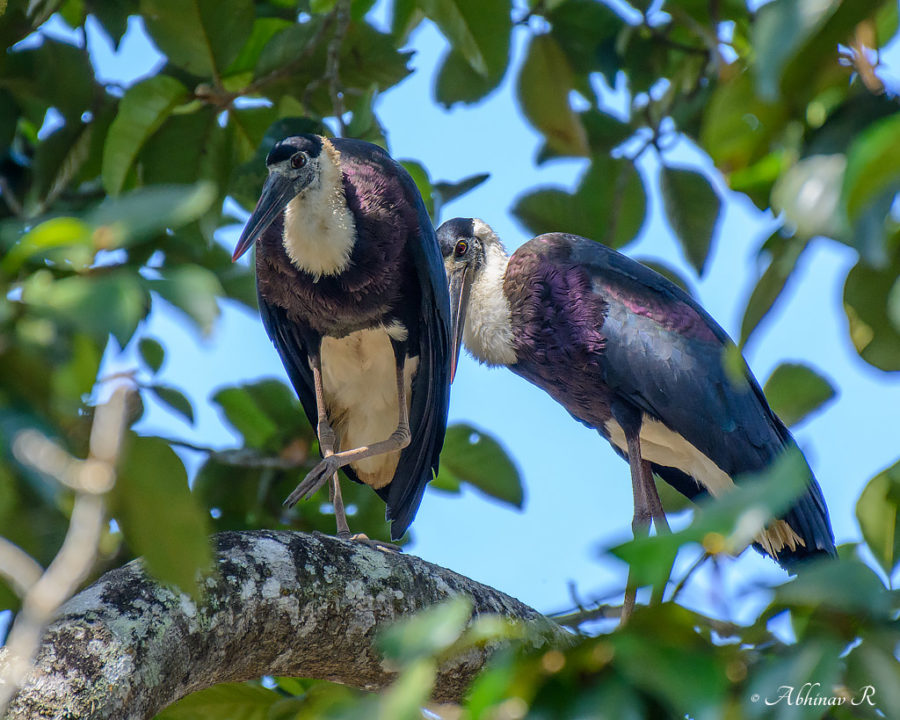 The photos were taken from Thekkady, Kerala. Found these near the boat landing while returning from the morning bird watching trek inside the forest. We looked up to see two large birds came flying and perching on a nearby tree. They looked really huge with their wings opened. There were two individuals, probably male and female. It was also the same day when I got my first picture of the Great Indian Hornbill.

There is a black/dark blue cap on the head. And as the name describes, the neck is woolly white in color. The chest region has a purple or violet colored feathers, followed by bluish black wings and belly. The wings look shiny, so the colors may slightly change when seen from different angles and under different light. The lower abdomen region and rump is also white. Eyes have a red color. The bills are bluish black which turns to pink at the tip, and the legs are long and pale pink in color.

Woolly-necked Stork is usually found near wetlands, lakes, grasslands, paddy fields. But as in this photo, it can also be found near dense forests near rivers (in this case Periyar river).

Anyway, this beautiful bird and its habitats need to be conserved to protect it from the face of extinction.