Here are some pictures of the White Throated Kingfisher taken recently, but on different days. It is a resident species and is commonly seen. 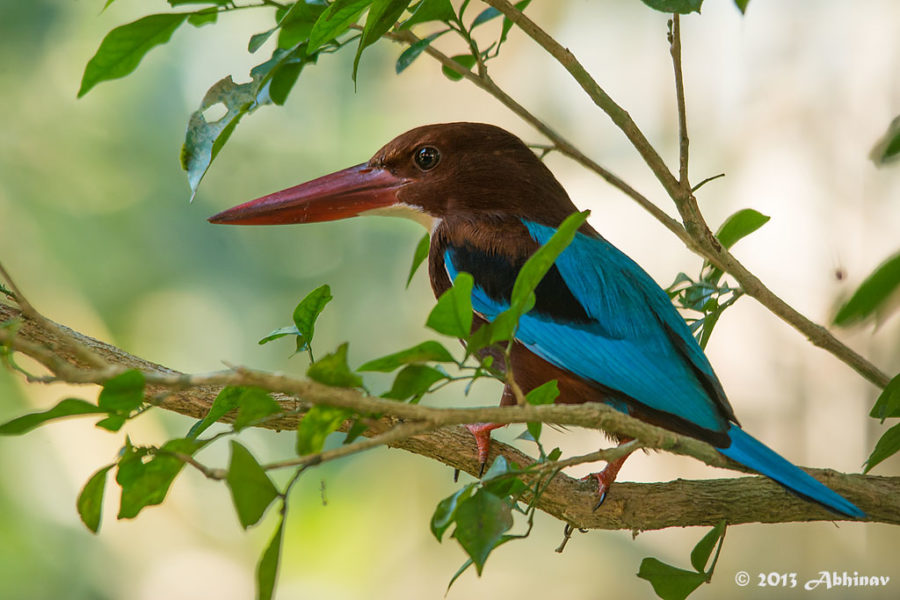 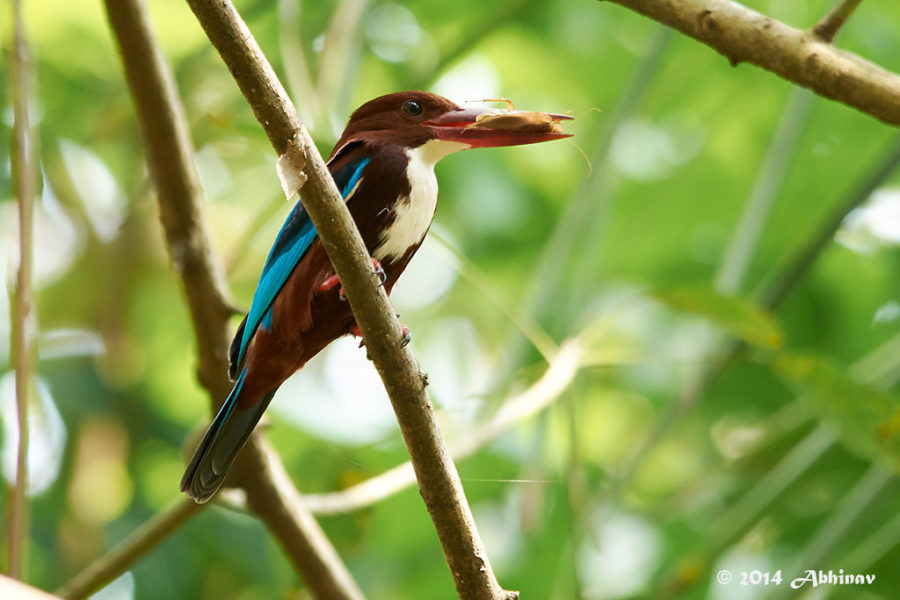 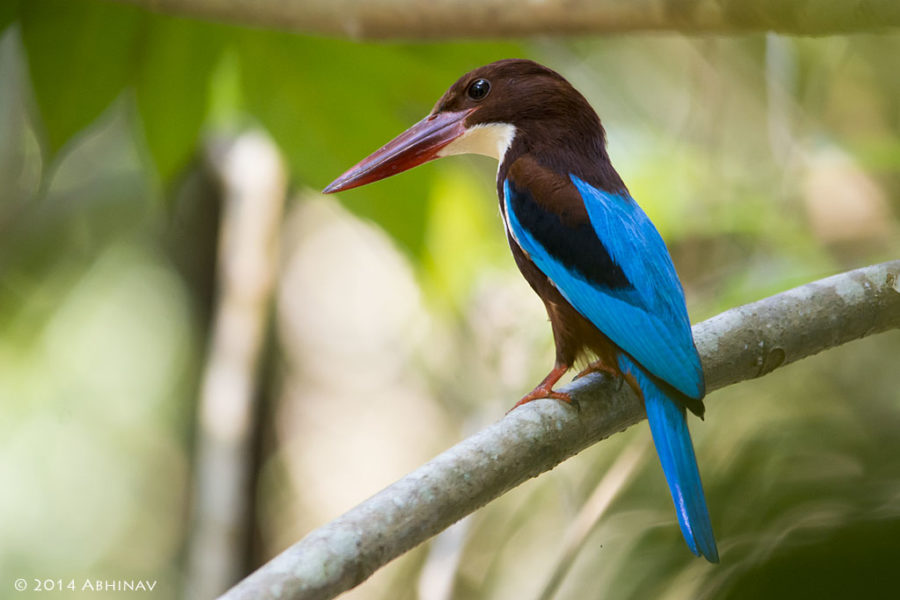 They are usually seen near water bodies and feed mainly on fishes, but are also seen in other places where they feed on insects and other small organisms (see the second picture). They have large and pointed bills, and usually perch on tree branches.

Species name is Halcyon smyrnensis, and belongs to the family of tree kingfishers, Halcyonidae.