Indian Yellow Tit is a small bird from the Paridae family. The distribution of the bird is almost across India. This attractive bird has distinct colors with yellow and blue feathers. So it can be easily identified. 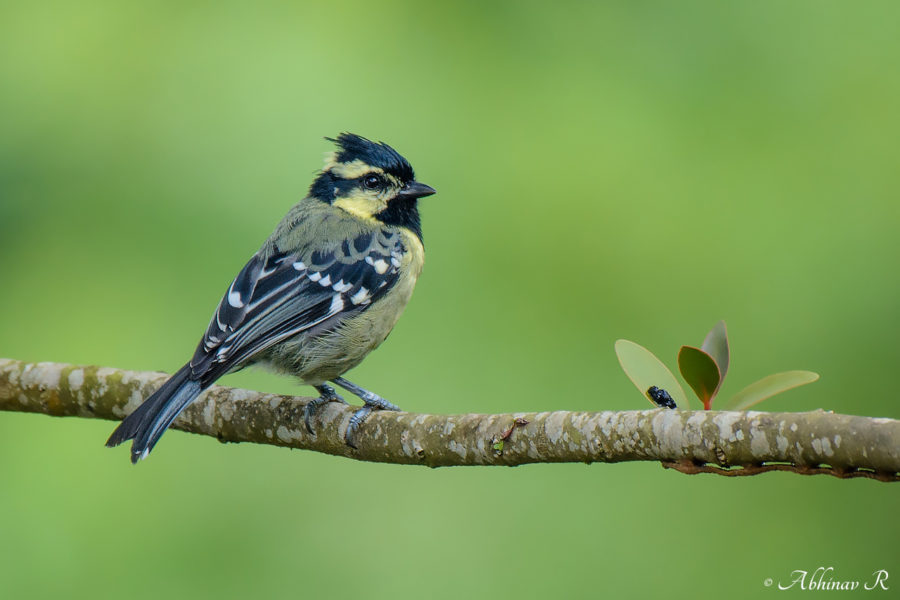 The first time I found this bird while birding in the high altitude regions of Munnar in Kerala. The tit was very active and kept on hoping from one branch to another. But there was enough time to get some good pictures. In the above photo, I think the leaves on the right side nicely balances the frame. Also, there were no other distractions. Shooting condition: The time was around four in the evening. The sky was cloudy and the mist had started to descent upon us. So were about to call it a day. 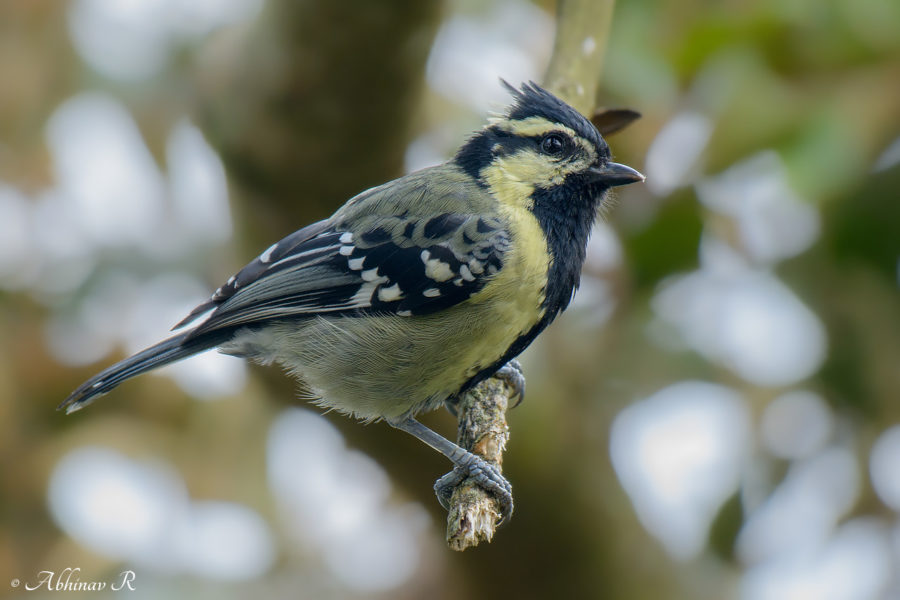 The Indian Yellow Tit is also called Indian Black-lored Tit or sometimes simply Indian Tit. Like many other tits, this tit is also very dynamic in nature. During the day, they almost all the time are very busy searching for food. Their main food is insects.

As the name shows, they have primarily yellow color. The crest, chest, wings and tail are dark blue in color. There is a thick blue stripe running behind the eyes. The bills are short and black.

Distribution: Across Indian mainland. Denser in the Western Ghats and central regions of India.