The lens is actually more important than the camera. Because it is the lens that decides how a photo will look like, rather than the camera body. There is no point in using a high – end camera with a basic lens. But the reverse is not true. A basic camera with a quality lens can produce great images.

Moreover new cameras are launched frequently replacing older models. But lenses are not like that. They get replaced only after 5 years, 10 years or more than that. So it is long-term and more care should be given while choosing the lens. I think it is better to write down what I have learnt (and still learning) so that it will be useful for others looking forward to buying their first D-SLR camera and lenses. I have tried to explain each point to my best. Most examples use Nikon lenses since I use Nikon and it is more familiar to me.

1. Type of photography and focal length

Note: Focal length determines how wide or short the angle of view is. And it is different for different camera sensor sizes. The same lens has wider field of view on a bigger sensor than on a smaller sensor. So, Focal length is usually said as 35mm equivalent, to get a uniformity. It is because old film cameras used 35mm films. When we say a lens is 50mm, it is 50mm on 35mm film cameras and full frame cameras (whose sensor has the same size of a film). To get the field of view of a 24mm lens on a 35mm film camera, a DX camera needs only a 16mm lens (1.5 times shorter). More on DX and full frame below.

Here is a comparison to see how different focal lengths looks like: Focus at around 25 meters distance. 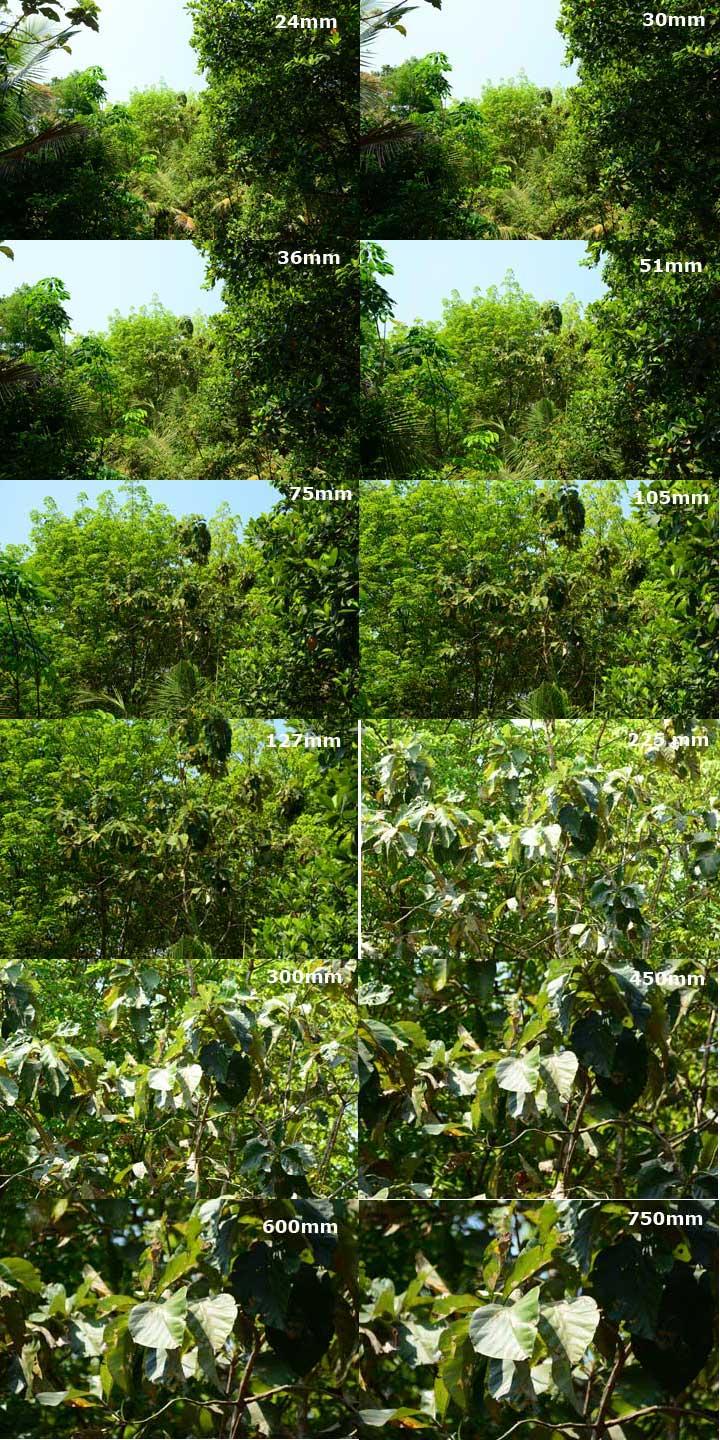 To be more precise, the numbers ‘4’ and ‘8’ are the ratio of focal length to the diameter of the opening. These numbers are known in different names like f-number, f-stop etc.

Since it is the area which is taken into consideration while calculating the amount of light entering, and area being proportional to the square of diameter, the actual aperture size of 400mm f/4 lens is four times bigger than the 400mm f/8 and four times more light. If 400mm f/8 gets a shutter speed of 1/20s, 400mm f/4 will get 1/80s. So the f/4 allows to choose a lower ISO and hence less image noise.

But a large aperture means a bigger and heavier lens resulting in a higher cost.

There are mainly two formats of D-SLRs – one with full frame sensor (similar to the size of 35mm film) and the other with crop sensor, which is smaller in size. Lenses are also made according to that.

Effective focal length also changes with a crop sensor camera. For Nikon multiply by 1.5 and for Canon multiply by 1.6. That is, a 50mm lens looks like 75mm on Nikon DX cameras and 80mm on Canon APS-C cameras. The DX / EF-S lenses have smaller image projection area than FX/EF lenses and cannot project the image fully on the bigger full frame sensors. But the opposite is possible. An FX/EF lens is more than enough to project the image on the smaller crop sensor.

As a result, DX/EF-S lenses are smaller in size and the cost is also less.

In my opinion it is a very useful feature which helps to reduce camera shake when hand holding. It becomes more useful at longer focal lengths because any shake gets amplified at long focal lengths. Nikon calls this feature VR (Vibration Reduction), Canon IS (Image Stabilisation), Sigma OS (Optical Stabilisation) and Tamron VC (Vibration Control). Lenses with this feature have these letters in their name.

Built in focus motor on the lens is necessary for the autofocus to work on entry level cameras which don’t come with focus motor. Otherwise we have to rely on manual focus alone. All the recent lenses from Canon and Nikon have that. For Nikon all AF-S lenses have the built in motor. But some good old lenses like AF 50mm f/1.8D lacks it and won’t autofocus on an entry level D5200 or D3200. 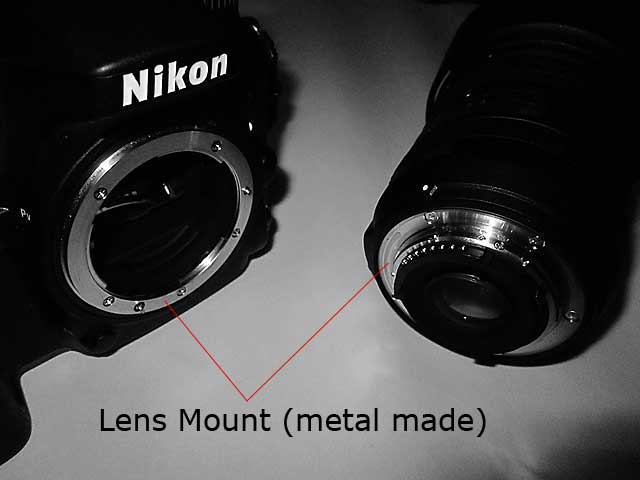 Third party manufacturers like Sigma and Tamron make lenses for each mount separately. To attach a Sigma 150-500mm on a Nikon camera, get the F-mount version of the lens, and dor Canon get the EF-mount version.

The high end professional lenses out there are made in metal, with metal mount, dust and weather sealing throughout including mount, rigid, heavy and costly (example AF-S 70-200mm f/2.8 VR II). And most of the entry level lenses are made in plastic, with plastic mount, no dust-weather seal, no sealing at the mount, light-weight and cheap (example – AF-S 18-55mm f/3.5-5.6 VR).

But most of the high end consumer and semi-pro lenses lie in between.

Examples: The AF-S Nikkor 80-400mm f/4.5-5.6G ED VR is a well built professional lens with weather and dust sealings, has a combination of good quality plastic and metal. The plastic helps to reduce weight and cost andstill it is high quality. But it is not so solid like the AF-S 400mm f/2.8G VR which is full-metal. The AF-S DX 16-85mm f/3.5-5.6G ED VR is a very good lens built in plastic but has a metal mount. It is not weather seled, but has dust protection at the mount.

In my opinion it is better to get at least a lens with metal mount and dust protection at mount, because plastic mounts can break easier than metal, and dust can enter through the mount and makes its way into the camera body if there is no dust sealing at mount.

9. Filter Thread – rotating or not

The filter thread in some lenses rotate while autofocusing, and it will be difficult to use circular polarising filters (CPL) on such lenses. CPLs cut reflections and thereby improves color and depth of landscape photographs. CPLs work when rotated in a certain angle. So for rotating filter threads, angle changes after focusing. So it makes necessary to first focus and then rotate the filter. Kit lenses like AF-S 18-55mm has rotating filter threads. No such problem with non-rotating filter threads – just set the CPL’s angle and focus wherever we want. 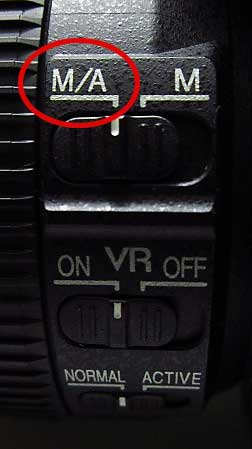 It is very useful as it allows manual focus even in autofocus mode. No need of switching between modes. In very low light if the lens can’t autofocus, just turn the ring and focus. The ‘M/A – M’ switch (Nikon) indicates this ability. Whereas some lenses have ‘A-M’ only, indicating the lens can’t manually focus while in ‘A’ mode; it needs to be switched to ‘M’ to focus manually.

11. Lens barrel extending or not while zooming / focusing

These are the different cases:

Lenses without this switch always works in the ‘0 – ∞’ range. 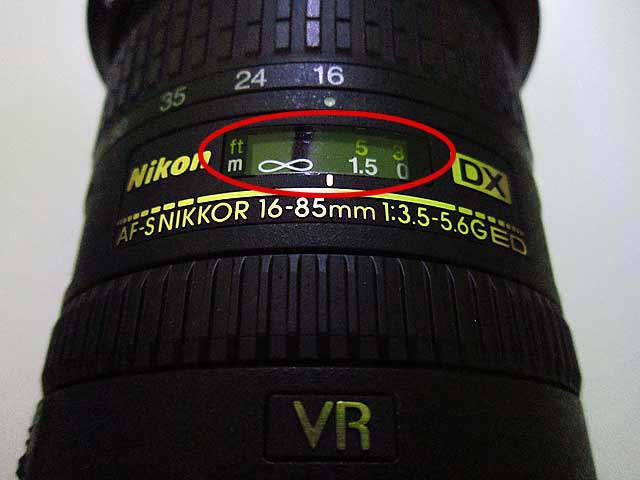 It helps to know at what distance the lens is currently focused.

Tripod collar is essential for heavier and longer lenses, especially those heavier than the camera. Most telephoto lenses have this. 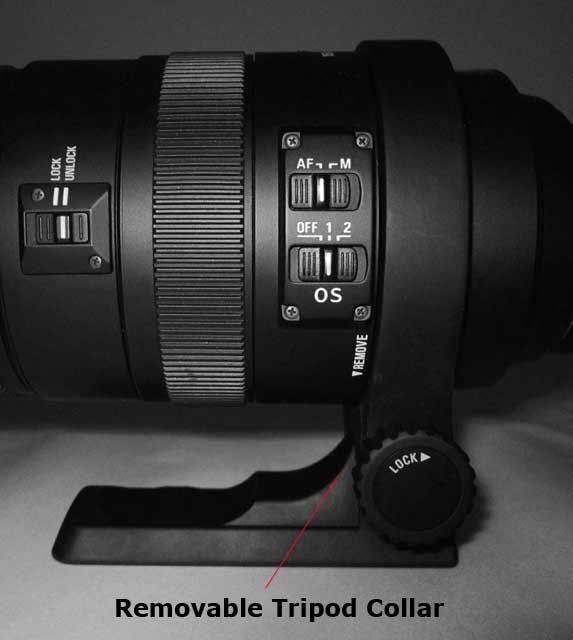 A lens is not made of a single glass. It is a combination of several glasses arranged in groups. In the spec sheet we can see something like ’21 elements in 17 groups’, ’15 elements in 10 groups’ etc. Some have special elements like ED (Extra-Low Dispersion) and AS (Aspherical Lens Element) which improves image quality by reducing aberrations. Pro lenses have Nano Crystal Coat also.

Check the lens and see how fast it focuses at different distances and in different lighting situations, before buying. But even the slower D-SLR lenses will be faster than many of the point and shoots.

See how accurate the focus is, by viewing the pictures at 100%.

Manufacturers provide MTF charts for each lens on their websites. This shows the sharpness from center to corners. Sharpness is plotted on the y-axis, distance from center on the x-axis.

It is better to verify the lens by focusing farther and closer and check if it has some serious focus breathing, before buying. Or at least read the reviews. I had thought of buying the 28-300mm DX lens and avoided it since it is said to have huge focus breathing.

It is the closest distance at which the lens can focus. It is usually stated in the spec sheet.

A good macro performance is essential to get close-ups of small objects, or to fill the frame with small objects.

Maximum Reproduction Ratio: It is the ratio of the size of image formed on the sensor to the actual size of the object. If the maximum reproduction ratio of a lens has 1:2 (or 0.5x), then an object 5mm in length can make a 2.5mm image on the sensor, when placed at the closest focusing distance. So a lens with ratio of 0.5x is said to have better macro performance than one with 0.3x.

There are dedicated macro lenses with 1:1 ratio to do serious macro photography.

Some points to note:

Measuring Maximum Reproduction Ratio Ourselves: Set a ruler on white background. Set the lens to its longest focal length (if it is a zoom). Take a picture of the ruler from the closest distance the lens can focus. The ruler should be aligned parallel to the length of the frame. See what is the minimum measurement that can come inside the frame. Finally find the ratio between the sensor length and measurement in the frame. 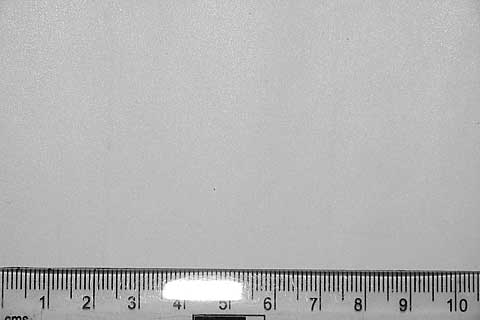 Actually my result is better than what is given in the spec sheet. 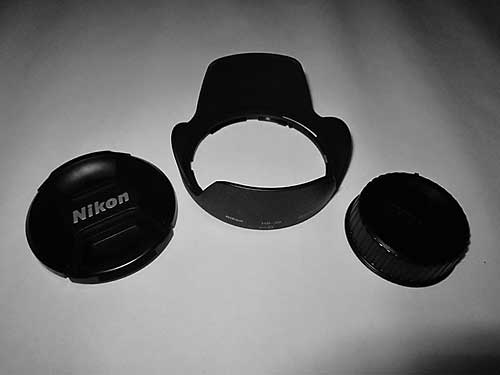 The common accessories are a lens hood, front lens cap and a rear lens cap. These are supplied along with the lens. Lens hood helps to avoid flare and ghosting (like the colored circles appearing in bright sunlight conditions). Lens caps are for protection while the lens is not in use. 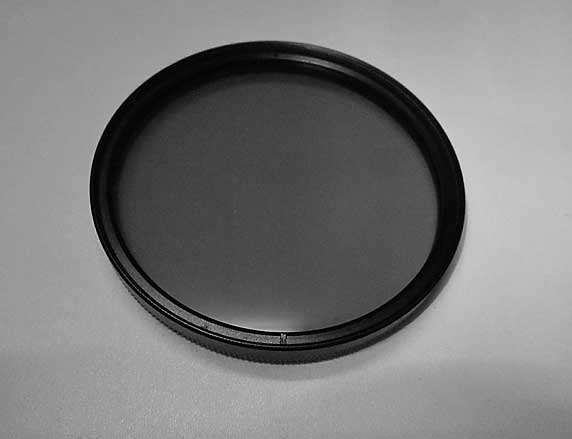 25. Reading the name of a lens

A lens’ name contain many letters and digits and it can be confusing for one seeing it first. Some of it is already stated in the above points. So this is to conclude: Consider Nikon’s AF-S Nikkor DX 16-85mm f/3.5-5.6 G ED VR IF SWM Aspherical Φ67. Doesn’t it look so long? Actually it is simple. 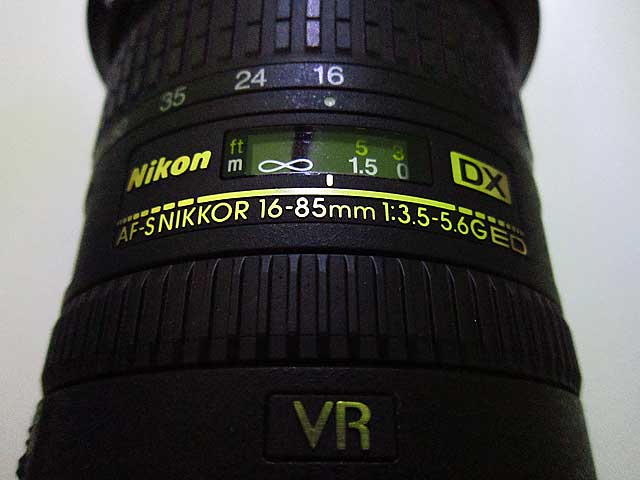 There are similar notations for Canon, Sigma and other brands also.

Hope I have included a fair amount of details so that it will be useful for many. 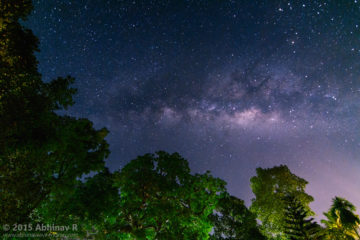