It was the initial days after buying my first DSLR and a wide angle lens. So I was keen to take the new gears out for some days. But where to go was the question. Not because there aren’t any destinations. But because there are too many to choose from. That’s when I stumbled upon the Athirapally to Valparai route on Google Maps. I thought that was a good option because:

Day 1: The Start – Kottayam to Athirapally

The quickly planned family trip started one sunny afternoon in January 2014, from our home in Kottayam. There were not many stops and by evening we approached Athirapally. We hadn’t booked any accommodation since it was not holidays. There were many good home-stays on the way. Our first day’s stay was on one such homestay, about 4 kilometers behind the Falls.

We set out to see the famous Athirapally Waterfalls on the second day morning itself. The drive started with a full tank refueling from the nearby petrol station. The roaring Falls was heard way before it was seen. Got a distant view also from the road itself. As we reached the entry point, the tourist crowd began to appear.

After a few minutes walk from the entry, we reached the top of the Falls. The view from the top itself was so amazing. But even more majestic was to watch it from the base. The walk-path leading down is a little steep. But the true grandeur of the Falls comes into picture from there.

The fact that this place was the location for many Indian movie songs is not without reason.

I was able to get some good pictures with the new Nikon 16-85mm.

Some Facts about Athirapally Waterfalls

Came out of the entry by around 10 am. Had our breakfast from a nearby coffee shop and continued.

Our next point was Vazhachal.

Similar to Athirapally, there is an entry gate. There is lot more parking space.

This waterfall is totally different from that of Athirapally. Vazhachal is a cascading type of waterfall. The river descends in steps. Also, it was smaller.

There is a check post at Vazhachal. The forest road actually starts from here. There are several warning boards saying ‘wildlife crossing zone’. Because it is an important wildlife area, there is no entry at night in this route. The forest road from Athirapally to Valparai is narrow with many curves. So keep an eye for wildlife and drive slowly and carefully.

The drive was an inspiring experience. The fresh and cool air was freshening. The Sholayar forest range comes after Vazhachal.

Came out of the forest and reached Malakkappara by afternoon, covering around 45 kilometers from Vazhachal. There are a few shops and small hotels here. There is also a check post at Malakkappara run by Kerala. And it is advised to exit the forest road and report here well before evening, considering safety. After that, there is another check post at Kerala – Tamil Nadu border, and one more on the way to Valparai after entering Tamil Nadu. The Upper Sholayar Dam can also be seen by the side of the road. Valparai is about 28 kilometers from Malakkappara and reached there by evening. Found a good stay in the town.

In the early morning, we went out to explore the places around Valparai. The tea gardens and the hills looked more beautiful at sunrise. Spent some time feeling the chilly January climate and the beautiful landscapes.

The return journey started after breakfast. The route was different from the one we came so we could see more places.

The route has 40 hairpin bends which make driving interesting. More and more spectacular views welcomed us on the way. The notable one among them was the view from the 9th hairpin bend, counted backward from 40. 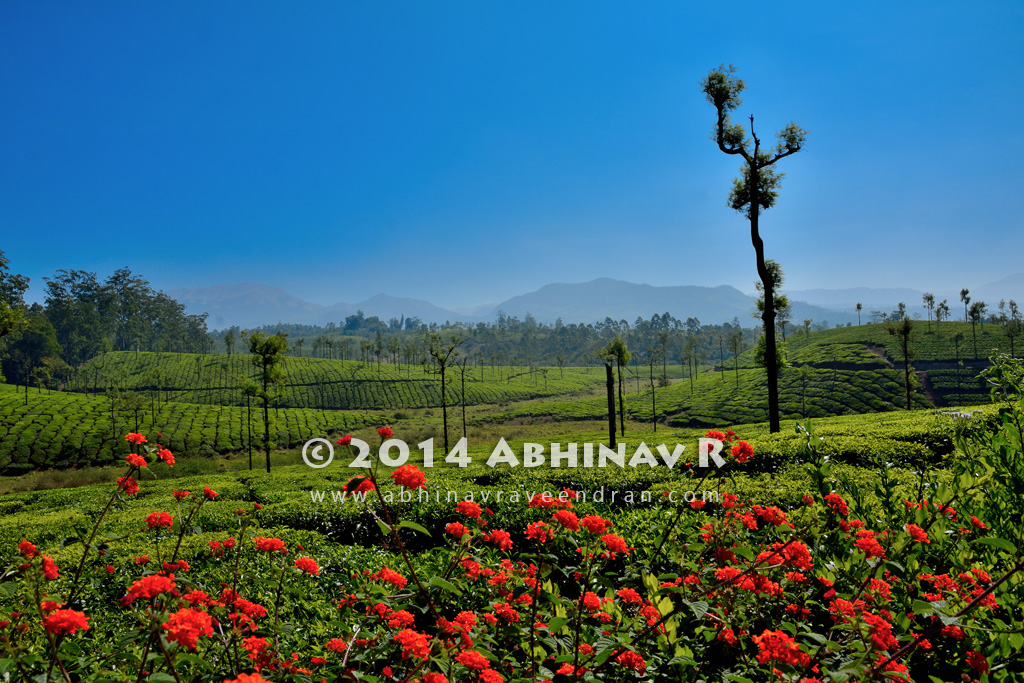 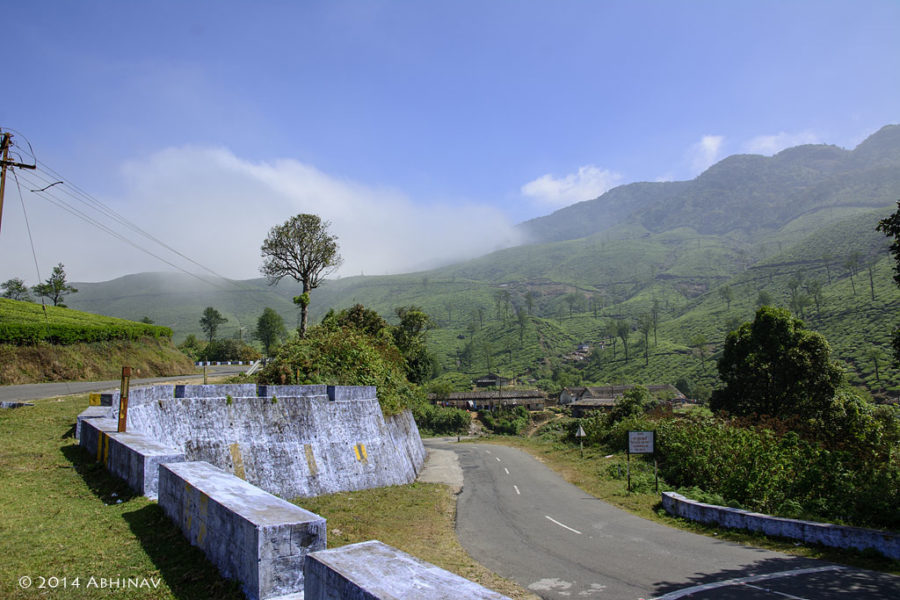 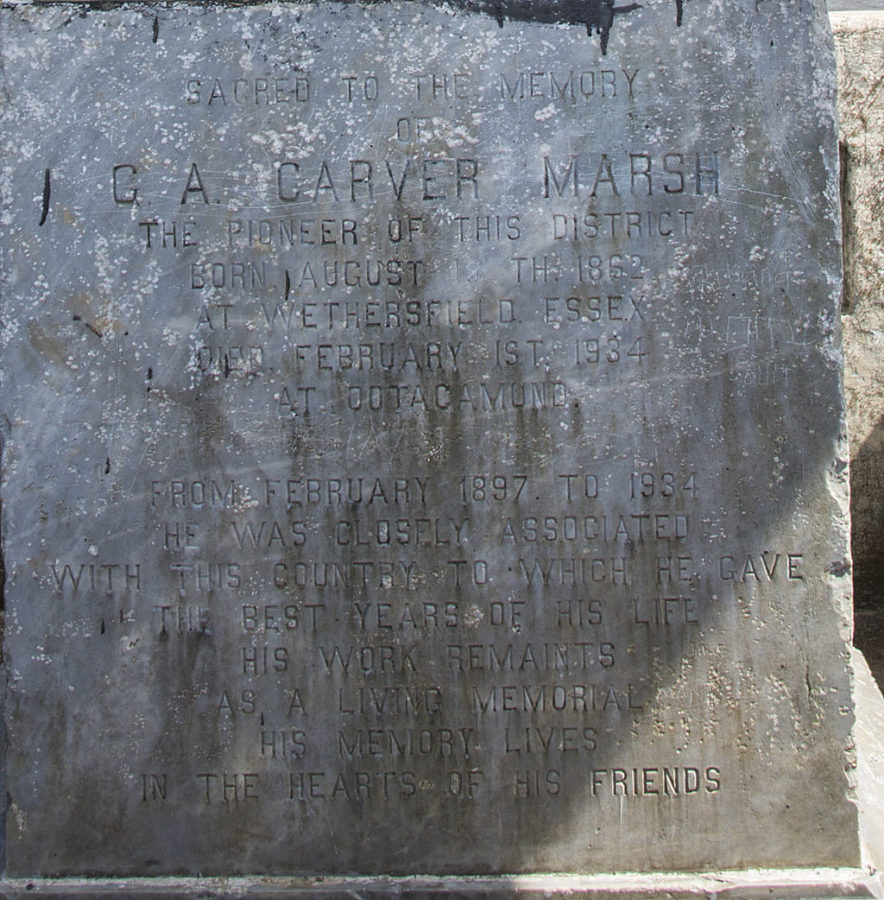 The vast stretch of land including the catchment area of the Aliyar Dam was breathtaking. This is also a place where the endemic Nilgiri Tahrs are usually seen.

After Aliyar, there were not many views. And we reached Pollachi by noon. The road was good. By night we reached back home.

It was a great experience overall.

Some facts about route from Athirapally to Valparai and to  Pollachi

Hope you liked the photo journey. If you like please subscribe to my email updates to get notified about new articles.

Also, have you traveled this route from Athirapally to Pollachi? How was your experience? Share it in the comments. 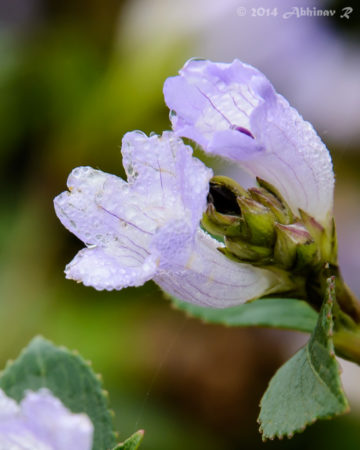 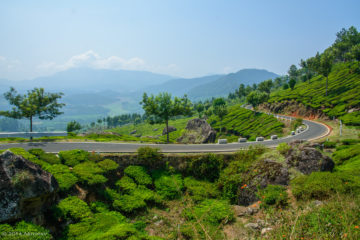 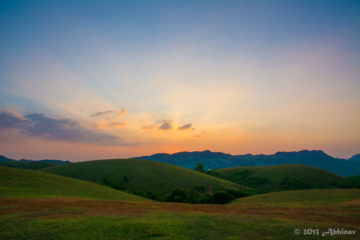