Tamil Grass Dart is a skipper butterfly found in Western Ghats. It can be confused with other similar butterflies. 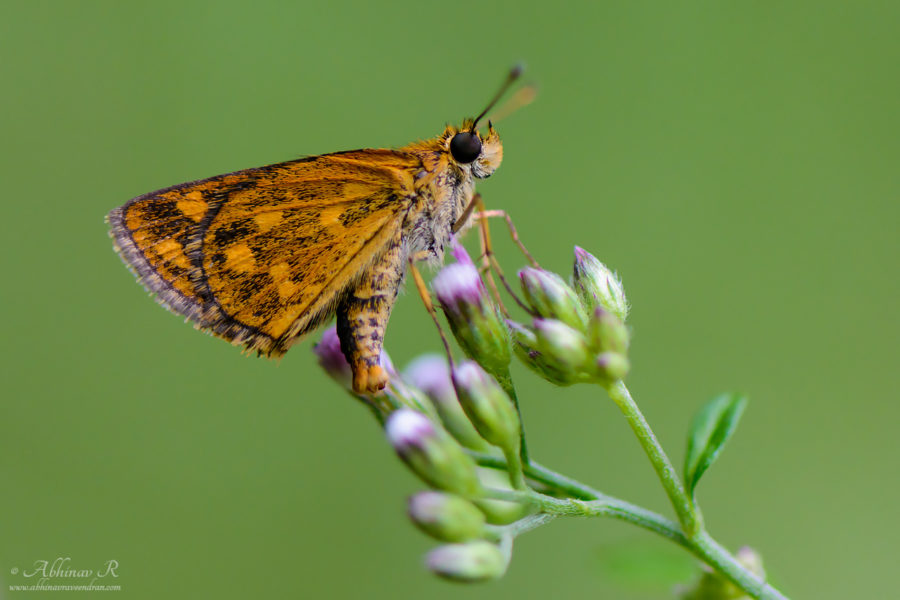 The above photo was taken from Cheruvally, Kottayam, Kerala, in the evening of 21st July, 2015. It was resting on a Poovamkurunnila (Cyanthillium cinereum) plant. As it was nearer to the grassy ground, I managed to get a nice clean background also.

As I said earlier, to distinguish it from other similar skippers, a close examination of the wing spots is required; both upper and hind wings. Couldn’t get a clear photo of the upper wings though. Fellow butterfly watchers on Facebook groups helped me to identify this one. The spots in spaces 4 and 5 of the upper forewings were joined. And the spots on the upper hind wings are not aligned. The under portion of the wings have a yellowish color.

Tamil Grass Darts are usually found on the grass plants, and are weaker in flight.

The photo is also added to the Butterflies and Moths Portfolio.