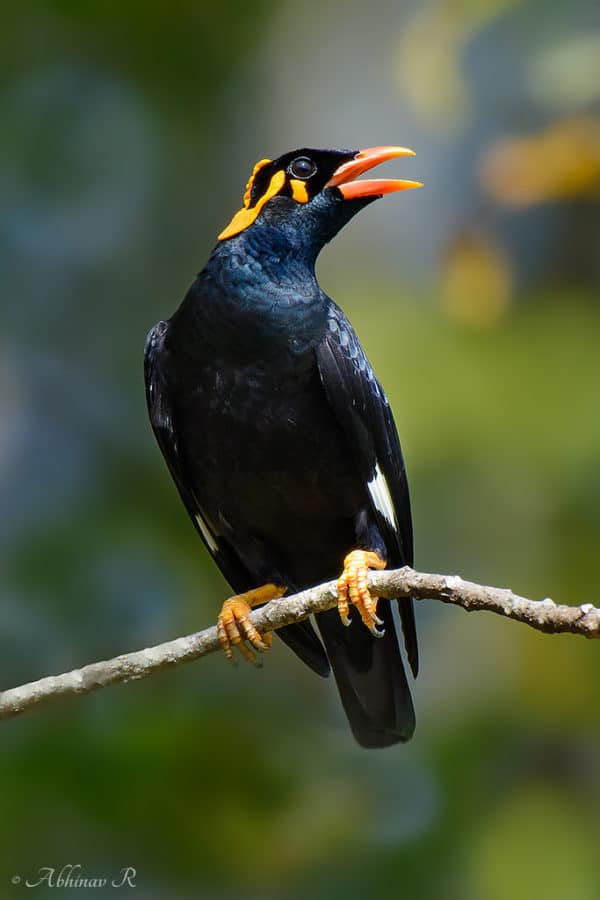 It is a beautiful bird with iridescent colors. At first sight it may seem to be black in color, but actually it is dark blue-green. The bills are reddish and the legs are yellow. On the head there are yellow skins, which makes the bird more attractive.

It is mainly found in the forests, usually found in pairs or in groups. Their loud calls are distinct. The fluttering sound when the fly in groups is also nice to hear. This bird is almost a sure sighting in the forests of Kerala. So it is a common species. Comparing sizes, it is bigger than the Common Myna.