Oriental Grass jewel or Chilades putli is a very small Lycaenid butterfly seen in India. As of now, it is the smallest butterfly in India, along with Grass Jewel (Chilades trochylus)- a similar butterfly. Below are some pictures and details about the butterfly. 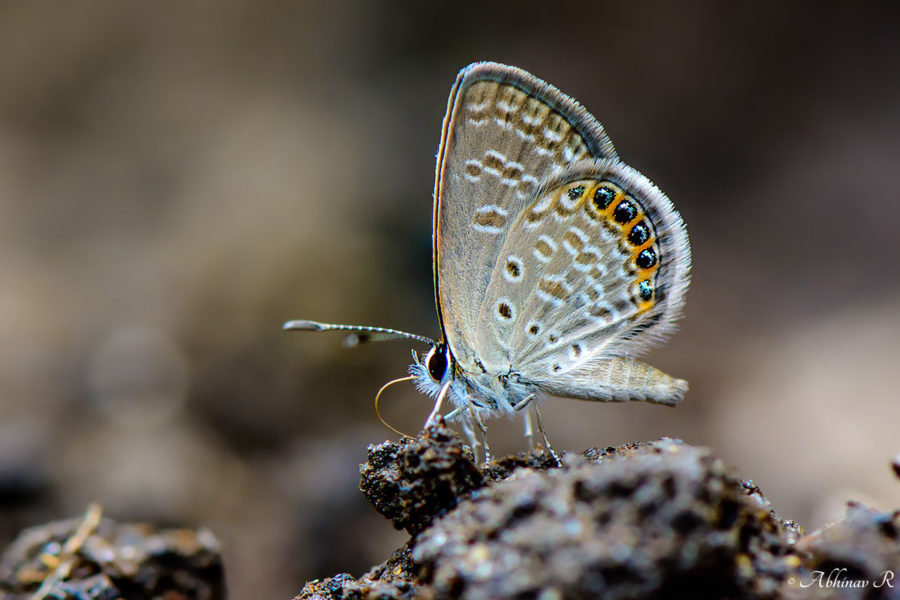 The above photo was taken from a place near Chimmini in Thrissur district of Kerala. This little butterfly was mud puddling on the ground. I had to place the camera almost on the ground to get this shot. I think the eye level made this photo more catchy than the one below. 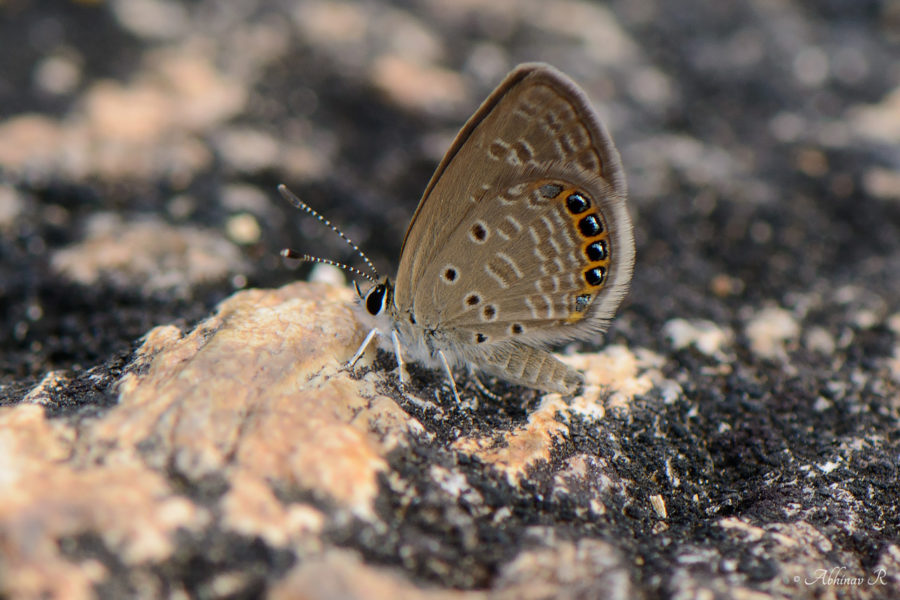 This was taken from Chinnar in Idukki, Kerala. This butterfly seemed to be a bit more darker in color than the other. In both cases, due to the extremely small size of the species, it was difficult to spot them at first. But indeed it is a jewel – as the name itself.

About Oriental Grass Jewel Butterfly – the Smallest Butterfly in India

Oriental Grass Jewel butterfly is also called Eastern Grass Jewel. As far as I know its biological naming has undergone many changes. Nomenclature can change over time as newer observations come.

As I had stated in the opening paragraph, there are actually two similar species of grass jewels which can be confused with one another. One is given here – Oriental Grass Jewel or Chilades putli,  and the other is simply Grass Jewel or Chilades trochylus. C.putli was earlier considered a sub-species of grass jewel. C.putli have more number of large black spots on the marginal area of under hind wing (usually six) than C.trochylus (usually four). This count includes both the bright and pale spots. C.putli is also the one more commonly seen in southern India. Anyway, I will update the post if any information changes later.

As seen from the photos, the under hind wing has six small black spots bordered by pale white. Four of them in a line starting from costa. One near the dorsum towards the base and other near the costa in the middle. There are mainly six white centered black spots bordered by orange at the marginal area. Four in the middle are well marked and the two at the sides are pale.

Anyway, hope you like the pictures of this little beautiful wonder from nature.