Nilgiri Flycatcher is a small blue colored bird from the flycatcher family. Its distribution is confined to the high altitude regions of South India, especially the Sahyadri mountains. The International Union for Conservation of Nature (IUCN) includes it under the ‘Near Threatened’ category, taking into consideration its population and distribution. 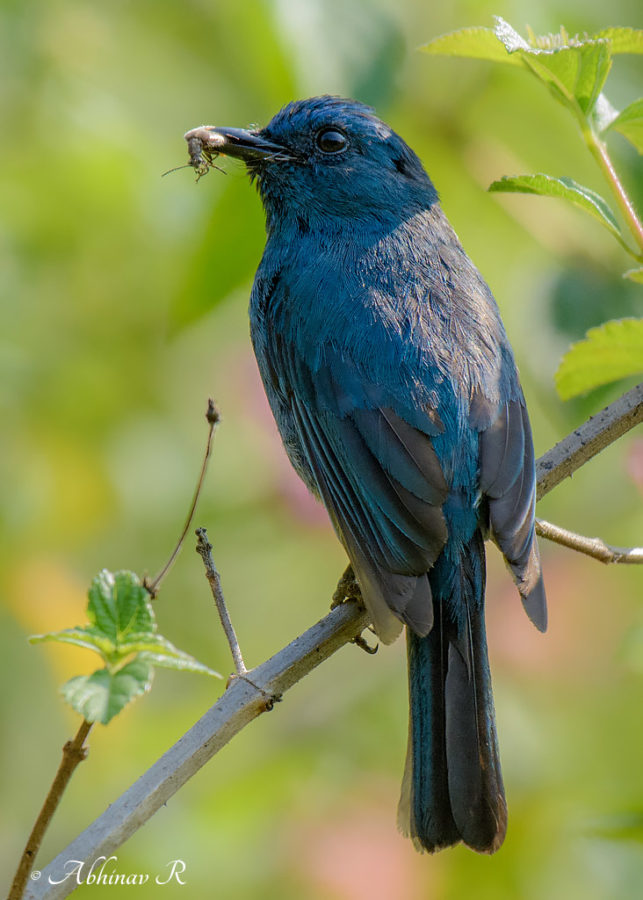 The above photo is that of the male Nilgiri Flycatcher. It was having an insect catch. The sunlight was a bit harsh. So it required a little bit of highlight recovery on the upper right side. The bird was very close and was friendly. But was a little busy catching insects. 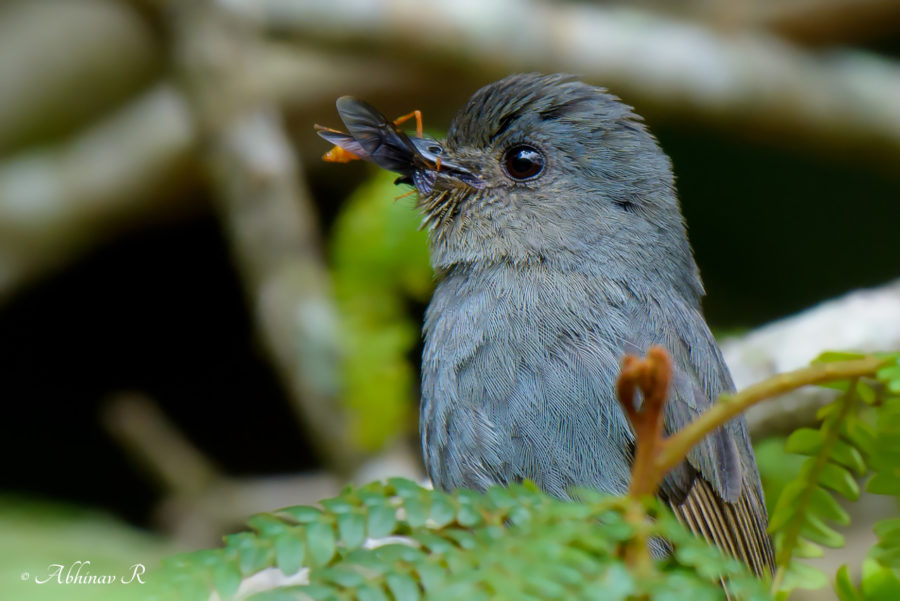 This is a female. Photographed this on the same day as that of the above, but from a different location. It was having a wasp like insect between its beaks. We also found a juvenile bird from the same location – see photo 3 below. We were there during April, which is the peak breeding season.

This is the cute juvenile I mentioned above. It was perched calmly on a branch about 8 feet high. Hence I could manage to make a few decent shots. This is also my favorite photo of the species.

Although the bird is endemic, one can easily spot it in Munnar and Nilgiris. It is a small bird less than 15cm in length. The male is blue and female is pale blue in color. Juvenile is darker with slight yellow spots and whitish belly. The eyes and bills are black, which distinguishes it from White-bellied Blue Robin, whose eyes have orange color. Moreover shape is also different. Verditer Flycatcher (winter migratory in south)  also looks similar, but is lighter blue colored. Nilgiri Flycatcher is a resident species.

These birds mainly remain in under growths and lower branches. March, April, May months are usually breeding season.