Marbled White Moth is a species of moth from the Erebidae family. It is a commonly seen moth species here in Kerala. It is found along India. 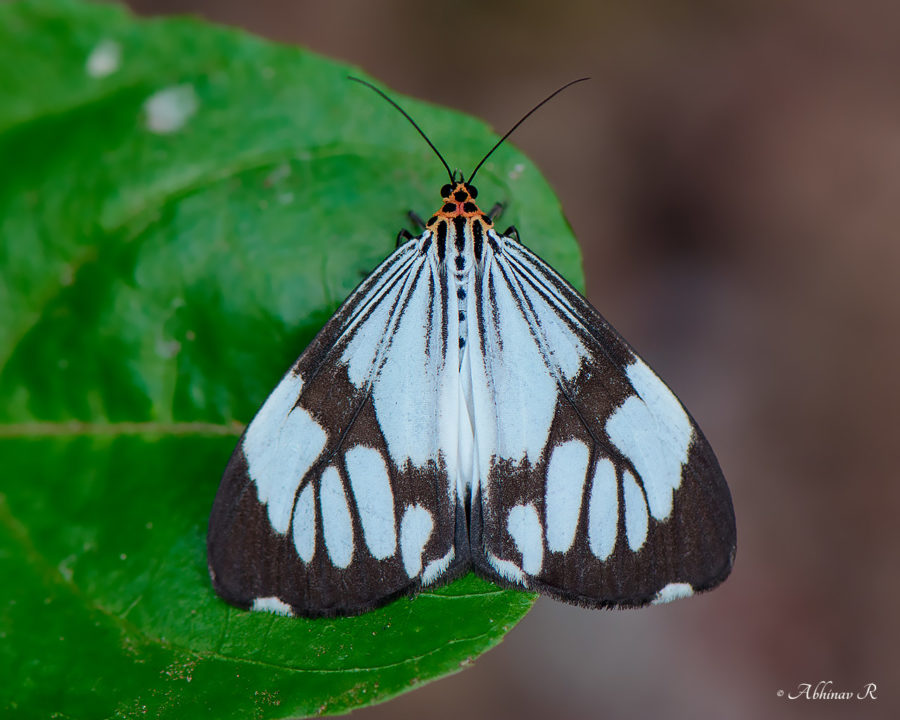 This photo illustrates the moth with the wings closed. More often it is seen like this. Like other moths, it forms a triangular shape while in this position. The hind wing is covered by the fore wing and only the upper fore wing is visible. 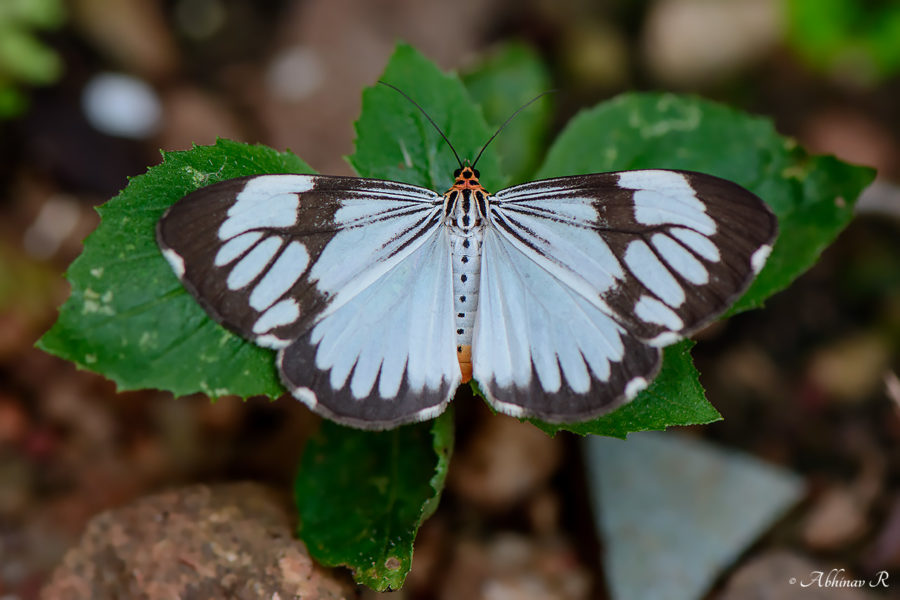 This is another photo of the Marbled White Moth with wings opened. A portion of the upper hind wing is also visible now. Both these photos were taken from my home yard. It was quite an easy moth to photograph, but had to wait until it settle down on the leaf.

It is a beautiful white and brown-black colored moth which can be easily mistaken for a butterfly, especially when its wings are in open position. Also it is one of the moths which can be seen during the daytime also. Generally moths become active only during nighttime.

The base and discal area of the fore wing is predominantly white. Then there is an irregular brown area followed by white spots on post-discal area. The apical and marginal areas are brown-black. There is a white spot on black on the margin towards the apex on both the upper fore wing and hind wing.

The head and tip of the abdomen have orange color. Thorax has black stripe on white. There is a black spots running along the abdomen.

This is a commonly found species; and can be spotted along gardens and near to home. Often perch on green leaves. Flies very slowly and usually close to the ground.