Grey-headed Canary-flycatcher is a small bird with grey-colored head and light yellow feathers elsewhere. It looks very much like other flycatchers in shape and size. It is placed in the Stenostiridae family, which is slightly different from Muscicapidae. 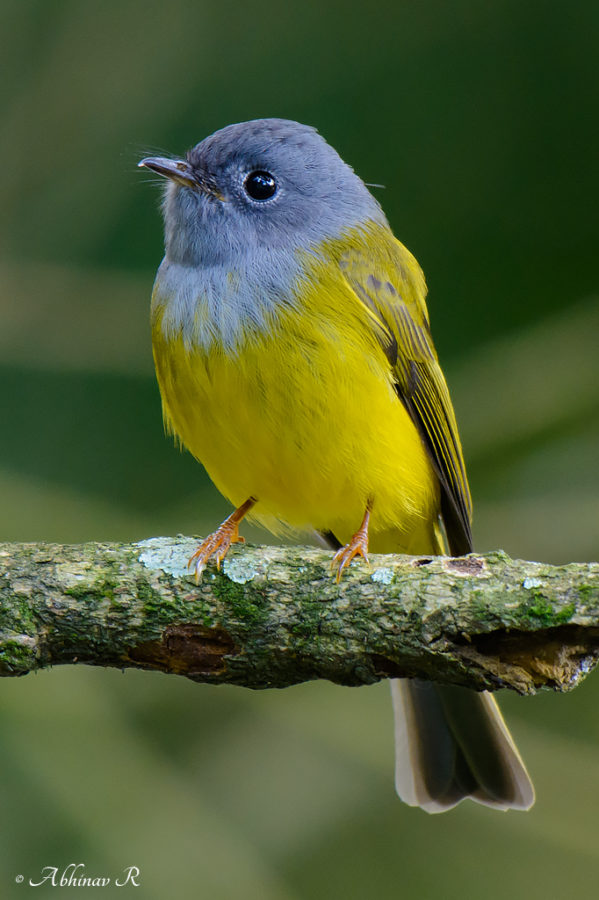 Both the above photos are from Munnar. We found them near Echo Point, which is en route Top Station. The place looked like a good habitat for birds. Other birds like Indian Yello Tit, many White-eyes, Ashy Prinia, Nilgiri Flycatcher were also found in the same region. It was a surprise to spot so many species within a small area. The time was half-past five in the evening and the light was going down fastly.

The bird is primarily an insectivore. They are usually found in groups, often along with other birds.

They are distributed along the south and south-east Asian countries. In South India, the distribution is across the Western Ghats. Munnar and Nilgiris are good places to spot these birds.

Legs are light red in color, belly region is light yellow, wings are dark yellow, eyes black in color. The grey color on the head extends towards the chest.