Common Albatross or Appias albina is a beautiful butterfly from the Whites and Yellows family – Pieridae. As the name of the family suggests, its color is also white and yellow. 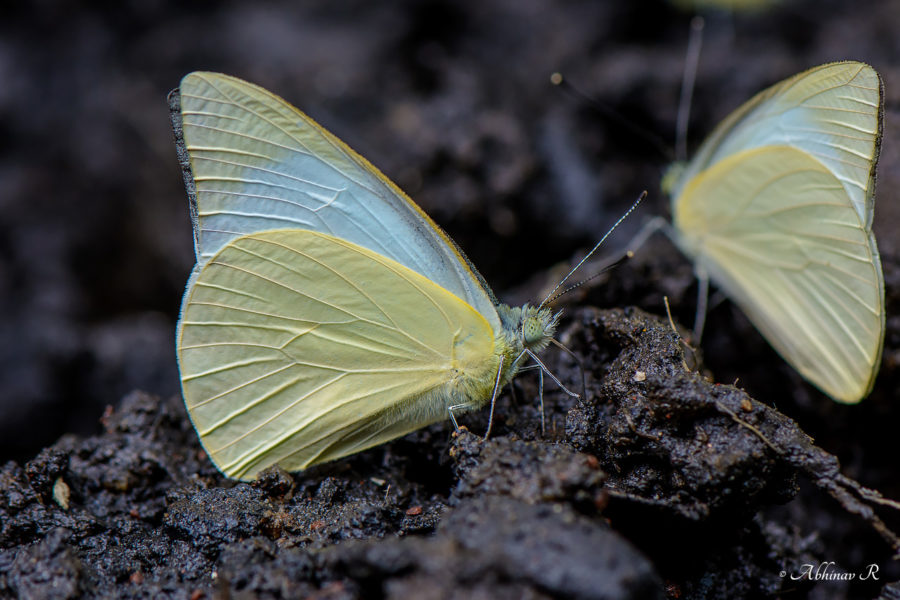 This is a picture illustrating the mud puddling behavior if the butterflies. There were hundreds of Common Albatross here at that time. It was by the side of a road; so it was not bothered about the presence of humans. It was really a feast to watch that much number of butterflies, that too in bright yellow and white colors. When the wind blows or a vehicle passed by, they momentarily fly and again settle down. While flying they look like white flowers floating around. Truly magnificent.

The first and third pictures were taken with the Nikon D7100;  and the second one with Nikon D3300. For photographing butterflies with macro lens, I usually set the camera to AF-C. The 11-point focus system on the D3300 seemed to be a bit slow for this. 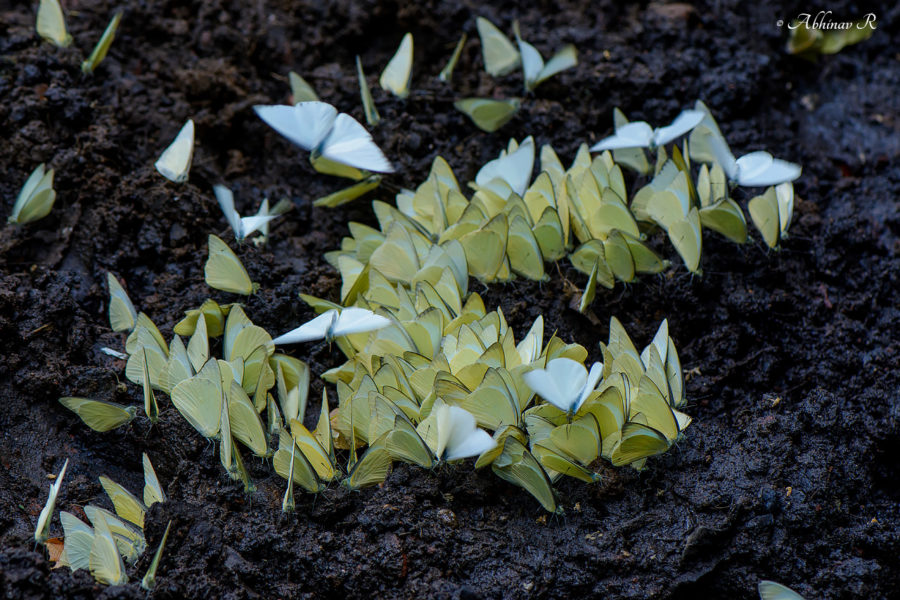 The upper side of Appias albina is primarily white in color. This is visible while it is flying; as shown in the above photo.  The under side is mainly light yellow colored.

It can be confused with Lesser Albatross also. Now also, I am a little confused between the two due to seasonal variations and differences between male and female. But Lesser Albatross (Appias wardi) is not so common whereas Common Albatross is considered to be common.

With a  wingspan of about 6 cm, it is a medium sized butterfly.