It is something very special to see a migratory bird in our own homeland. Think of it: a small bird covering thousands of kilometers passing boundaries and reaching our place. Isn’t it amazing? And this Brown Breasted Flycatcher is one like that. It is a resident bird in some parts of North Eastern India and some South East Asian nations, and migrate to South India during winter. Took these photos day before yesterday from my home yard. It seemed to be very friendly and I could watch it from a relatively close distance. 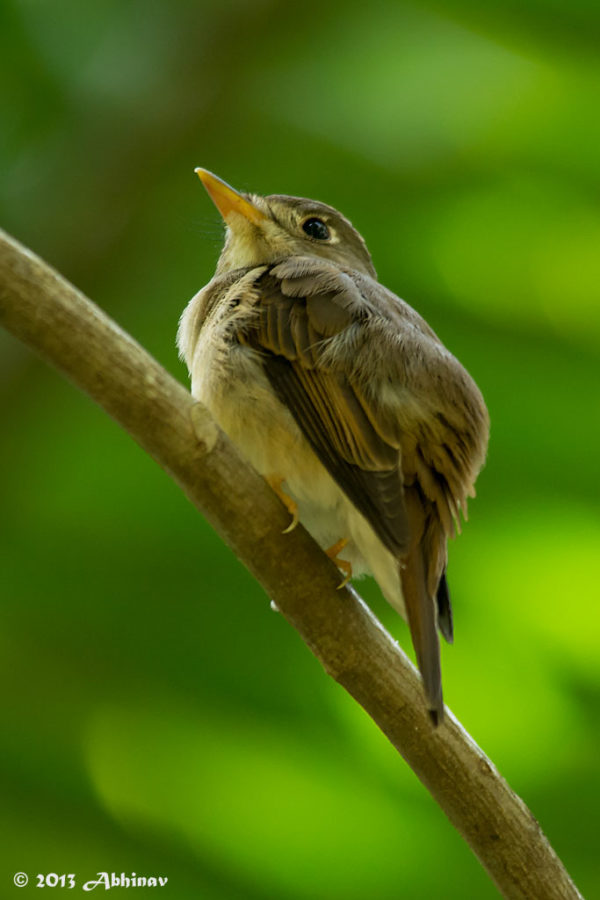 Initially I didn’t know it’s ID. But assumed that it is migratory since I haven’t seen it earlier. I thank the members of the Facebook group ‘Birdwatchers of Kerala’ for confirming its ID, and pointing out how to distinguish different Flycatchers.

The bird can be easily confused with the similarly looking Asian Brown Flycatcher, which is also a winter time visitor. But there are a few differences which easily distinguish them (Again thanks to the fellow members at ‘Birdwatchers of Kerala’).

How to distinguish Asian Brown Flycatcher and Brown Breasted Flycatcher:

Flycatchers mainly feed on insects. The bird belongs to the family of flycatchers, Muscicapidae. Scientific name is Muscicapa muttui.