Blue Tiger Butterfly or Tirumala limniace is a large and beautiful species from the milkweed subfamily of Nymphalids. These are found along with other ‘tiger’ butterflies; sometimes on the same roost. Photos and details I have collected about Tirumala limniace are given below. 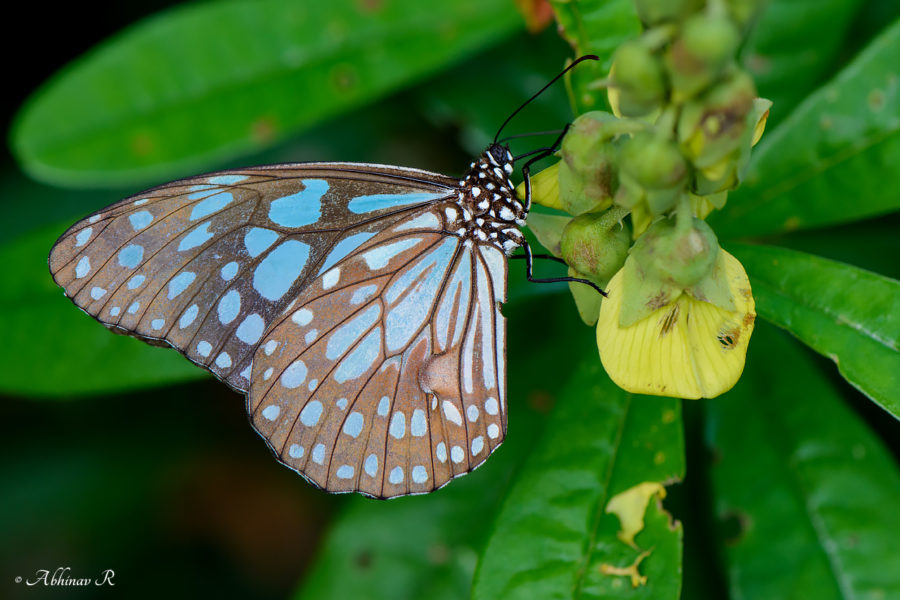 As in the photo, this plant on which it was sitting, seemed to be a favorite one for these butterflies. Although, I don’t know the ID of the plant, it had yellow flowers and long leaves, and was about 5 feet high. Several blue tigers and dark blue tigers used this as their roost.

It was sitting parallel to the ground. Since the butterfly was a large one, I got a very comfortable working distance. That helped to avoid so much of cropping during post. Also, there was ample amount of light which enabled the use of a lower aperture of f/8. So what is the result? Got a nice picture with end to end of the butterfly in focus.

It is a large butterfly with wing span often above 90 mm. The male has a pouch shaped structure on the hind wing, which is visible from the under side. The color is primarily black or brown. There are numerous light blue colored spots and ‘v’ or ‘y’ shapes on the wings of this common butterfly.

Tirumala limniace can be easily confused with Tirumala septentrionis whose common name is Dark Blue Tiger. But there are are some significant differences between the two. Here are those.

Towards the base of the wings, T. septentrionis has darker blue color than the other.

The blue markings are noticeably thicker on T.limniace. Especially, look at the big ‘V’ shaped marking on the under hind wing which starts from the base. The branches/lines of this ‘V’ is thicker, making the cutting in the middle narrower. Whereas in the other, blue lines are narrower. This is marked as ‘1’ in the below picture.

The two markings or spots near the costa of under fore wing is more elongated and thinner on T.septentrionis than this one. These spots are marked as ‘2’ below. 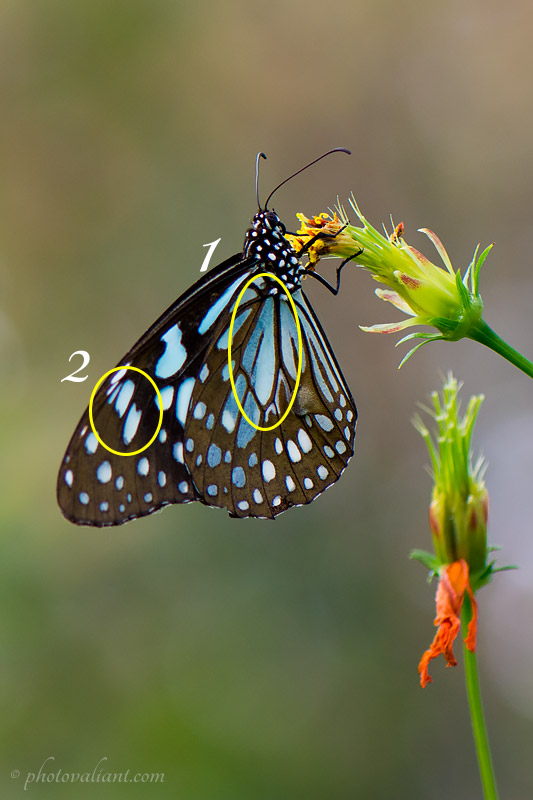 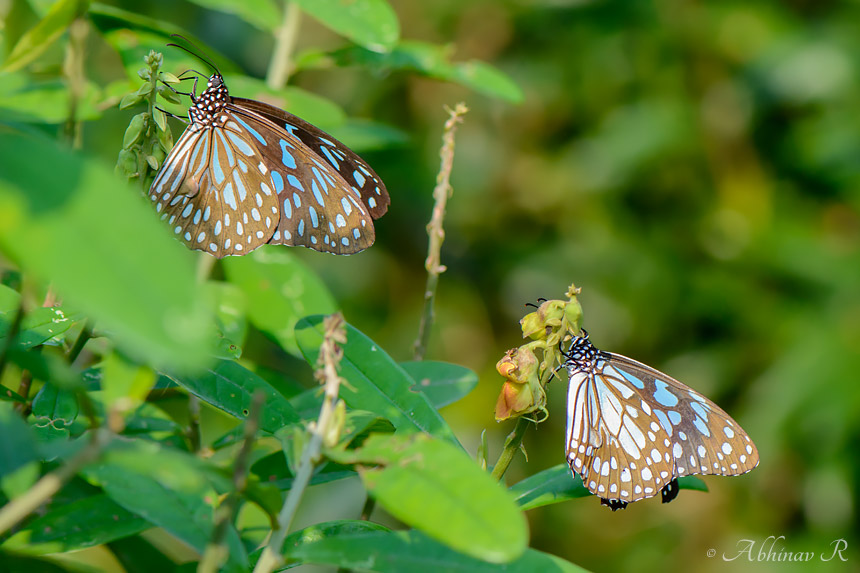 These are some differences I could learn about the two. If there are more features or if I am wrong, feel free to state it in the comments section.